Well, folks, Halloween has come and gone. That’s right. My second favorite season of the year (WHAT DID YOU SAY? you ask. Well, yes, the time of the Great Pumpkin is my second favorite season, for a good reason though. I spend 364 days of the year preparing for a single day–Thanksgiving. And it’s only my favorite for the food. That completely aside, Halloween is definitely my favorite)…

Anyway, the streets were semi-filled with kids and parents, some driving their kids from house to house–which left me to wonder.. how well off are these people that they can afford the gas to drive around the neighborhood aimlessly, in some serious stop and go driving? I mean, is walking that difficult these days??–and my kids made out like bandits. I even weighed the bag of candy they took home. Over TEN pounds. Yep. That’s a lot of candy. And that’s what an hour and a half of walking will get you.

So here’s the kids in all their finery.

Mike--the Friendly Zombie who opens your skullcap with a Smile! 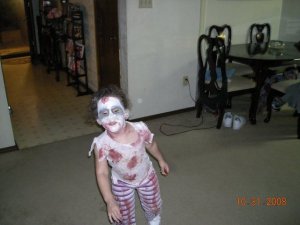 Alex--the much Sterner Zombie who goes right for the Gray stuff!

If you click the pictures, you’ll go to my stepdad’s website where there’s a few more pictures from Halloween.

The munchkins had a blast. We got lots of compliments on the costumes and make-up, and a few evil glares from much more protective mothers who undoubtedly think it’s ATROCIOUS that I put two small children in costumes that are actually scary. (Sort of.)

All in all, we can’t wait ’til next year.

Now that it’s November (and I know cause NickJr is already playing commercials about Thanksgiving), it’s time for National November Writing Month. It’s a continuously growing movement where writers, professionals, amateurs, novices, plumbers, nurses, flight attendants, customer service reps, telemarketers, (and so on and so forth) get together through a common goal: Writing a 50,000 word novel in 30 days.

If you’re never written fiction before in your life, yank back the words that’re in your brain right now. (I’m guessing, “Sure sounds easy.”) It is A LOT harder than it sounds. The farthest I’ve gone in a story so far is 13,000 words. I started that project well over a year and a half ago. That’s how far I’ve gotten. There’s many reasons for it (all of them sound suspiciously like excuses), but if I’m being honest– the story has been left to drift in the Sea of Unfinished because it is a lot of hard work to carry characters the distance.

Not to say that my characters weren’t interesting (I had a few readers who kept up with the story as I wrote it a day at a time on my blog), not to say that they didn’t have their own agenda and all I had to was type up what they did–mostly it was set to drift because I started it over a year and a half ago, when I was first getting into the ‘biz and still learning. 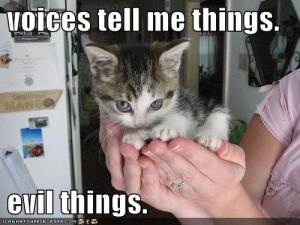 Rest your eyes on the evil kitty for a moment. Okay, carry on.

At the time, I wasn’t listening as well as I should have been, so once I hit 8 or 9 thousand words, it wasn’t as much fun. My characters were getting frustrated that I was making them my puppets (rather than the other way around, as it should be). And, truth be told, I’m a Chronic PROH (Procrastinator From Hell). If I had to choose between writing or doing something that seemed like more fun (say, read a book, vacuum, watch a tv show/movie, chase my kids around the house, do dishes–you know, fun stuff), I’d choose the fun stuff. I’d reason (excuse) this decision on the basis that I’d earned that free time, I deserved a break, or those dishes really needed cleaning.

To think of all the time I wasted doing chores.

Preferably sooner than later, I will get back to that novel drifting in the Sea of Unfinished. Right now I’m going to take the plunge and try my hand at NaNoWriMo. (Uhm, again. I tried last year and that Chronic PROH murdered me. I was delusional, irrational–I kept thinking I’d pull a 50K novel out of me in the last 3 days. Talk about feverish dreams.)

I’ve had an interesting plot and story in my head for a year now and it’s sort of outlined in my thick cranium. Tonight (after I finish this and get a fresh cup of juice or joe) I’m sitting down and writing the first 1700 words of my first ever to be finished novel.

But I’ll need y’alls help. I’m posting a widget on the site (you’ll see it in the sidebar shortly) and you can help me meet my goal of 1700 words a day. If I don’t post a new word count every day, spam the website, send me mean, hateful emails that berate me (need a hand? email me at shanna @ shannawynne . com, but remember to remove the spaces)–torture my myspace page with oversized fail pictures (www.myspace.com/shannawynne). Basically, throw my way whatever twisted, depraved punishment your mind can come up with.

Together we can defeat Chronic PROH.

HOW COULD I FORGET?

I also wanted to announce that I won second place in The Monsters Next Door writing contest, “Through My Eyes.” My prize? $15 bucks. But it’s the first money I’ve ever made off a story, so… 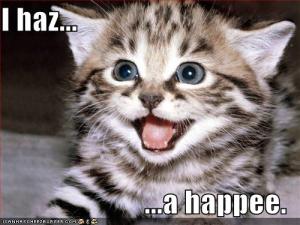 And, I guess, just for reading all of this, one more funny picture… 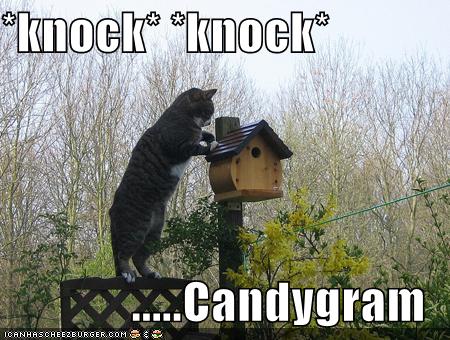 Every decent film fan ought to get this. If you don't...*sigh*

(Why funny animal pictures? you ask. I don’t know. I just think cats are funny. And evil. It’s a good combination.)