How has the last week of January treated you? I have to admit, our week has been both a blessing and a curse. On Monday the clouds were gray, it was 31 degrees Fahrenheit at 9 a.m. when I took Mikey to school, and there was ice on the windshield and roads. By 3 p.m. when I’m heading back out to get Mike there was more ice on the windshield and it was down to 21 degrees Fahrenheit. Over night freezing rain led to around 4 inches of small, pellet shaped pieces of ice on the ground. School was cancelled (though I didn’t have the presence of mind to watch the news to find that out and instead listened to 20 minutes of radio where it wasn’t mentioned and ended up driving out into that awful weather to find a completely dark Pre-K and daycare), Marquis (the husband) is on vacation this week and we had a lazy day.

That turned into TWO lazy days when school was again canceled on Wednesday. I barely got out of bed. Slept a lot yesterday. Feel kind of achy and stiff from it, actually.

I was rather shocked when watching the news last night and found out school was canceled again! 3 days in a row! I’ve seen worse weather in my school days and our school was never canceled 3 days in a row. I suppose it’s a testament to the hard times that it’s cheaper for the school to close for almost a week rather than use buses, lights, salaries, etc. to run school in a semi-bad weather day. I mean, yesterday the roads were clear. Almost entirely. The only snow/ice was on the middle lanes and only at most 3 inches of it. Lots of cars were driving around. It was a fairly normal day and school got closed for another day? I’m wondering if school will be open tomorrow.

Suffice it to say, it’s been kind of cool. The kids are getting a mini-vacation, the hubby is getting a vacation and I’m being driven out of my mind. I’ve got cabin fever like mad and I would run away and escape–but the little hill in front of our “community” is rather steep, still covered with ice and in front of it there’s little mounds of snow/ice to get over in order to get in or out. It was hell driving on Tuesday morning before I knew school was canceled and now I’m kind of terrified of going out again. I might–just to get some fresh air–but not until noon when the sun is shining its brightest.

But most of all, our blessing is that the power has remained on, the ice didn’t knock anything down and everyone is healthy. We had a rather close scare last week when my daughter came down ill with a high fever that Tylenol didn’t work on. In fact, it seemed to make her worse. I stopped giving her the tylenol and instead tried some Motrin and now she’s as good as can be. I haven’t a single allergy in my body, but my daughter seems to be allergic (to some extent) to Tylenol. (Her skin turned red and rashy in places right after her last 2 doses–hence why I stopped giving it to her.) Thankfully, she’s young and her allergy hasn’t fully developed yet, otherwise it could’ve been bad. I’m grateful she’s okay, very grateful.
Well, except my Mom. She’s sick and I’m hoping she’ll pull through okay. No, I’m not just hoping, I’m praying. She gets sick easily and it’s a rare winter when she doesn’t get pneumonia. My prayer is that she won’t get pneumonia this winter and that her cold will stay just that– a quick chest cold, nothing more. I’d appreciate it if you whispered a small prayer for my mother as well. A little extra doesn’t hurt.

On to the NEW PUBS! Well, new PUB.

Issue 6 of Darkened Horizons has finally released. You can purchase it as an e-book download, hardcover copy or paper back copy through the store here: http://stores.lulu.com/darkenedhorizons.

As it is, there’s an impressive Table of Contents. Besides myself, fellow authors include: Benjamin Bussey, Seb Naylor, R. Scott McCoy, Arthur C. Carey, Matthew Pierce, Robert T. Daniel, Dave Fragments, and Brandon Layng. (Truth be told, I only know two of these guys–Benjamin and Brandon. But from reading through my copy, there are some great stories in here. Well worth your time and money.) My name tops the Table of Contents. That’s pretty cool.

I guess, on the Laziness, which isn’t really Laziness but rather a mild Stress that makes me incapable of anything beyond the basics, I’m sort of catching up on some stuff. I’m editing some stuff to sub and I’m determined to get some more pubs under my belt. I’ve gotten two in the last 3 months, so that’s not a bad start on getting things rolling again.

***
I’ve realized I start too many sentences with “and.” And I’m determined to stop doing that. (Even though I went through and edited most of the “ands” out of the above, I’m sure you’ll find a few.) My inner teenage yak-box must be showing. 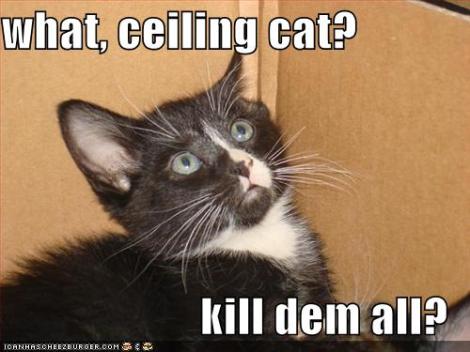