A pretty picture for you. I wanted to use this as a new background image for my Myspace profile, but I just don’t feel like jacking with the code today. But it’s too nice to be wasted, so here. 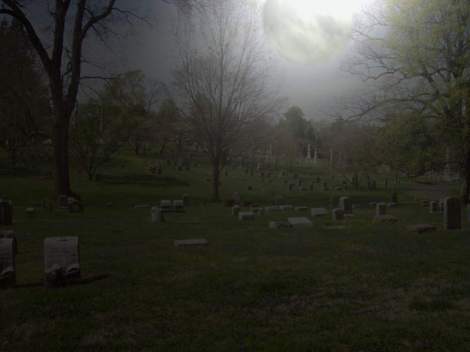 My skills with photoshop are really growing, aren’t they? It’s only natural they would. I hide in GIMP when I’m avoiding my word processor. It’s starting to hunt for me now. *cue theme from Jaws* Run! Run! Microsoft Word is coming to get you!!

Well, aside from all that, did you know that in 3 days there will be a whole new year? I’ve always found this time to be trying. I’ll spend the first half of 2009 writing 2008 on a bunch of stuff, only to realize my mistake much later. If I’m lucky, I won’t write in 2003 or something. (Let the office personnel figure that one out.)

On a serious note, I do find the changing of the year to be a disconcerting experience. My childhood is still vivid in my head. I remember the first sip of champagne I ever had at the New Year. I remember some really great New Year celebrations, and some not so great. I remember every New Year I’ve spent as an adult, pondering endlessly at the marching of Time. How it goes by.

Cosmically, this year means absolutely nothing in the scheme of things. It’s just a dot on the map. Not even a dot. Just a minuscule piece of left over eraser.

What drives us to push on, to keep at the grind knowing — knowing — that the end result is always the same? A death, untimely or not, is still a gruesome end to year after year of hard work, good and bad choices, never enough leisure time, never enough time for all the things you wanted to do in your life.

I’ve really been thinking it over and I’ve come to conclude that’s why I’m such a slacker. Why a lot of intelligent people are slackers. Before you go off on me — Shanna, that’s a very arrogant thing to think! — I know it is. But I do know I’m smarter than your average 24 year old. Hell, I’m smarter than your smartest 24 year old. I’ve been smarter than just about everybody I know. And I definitely don’t mean it in a “worship my intellect” way. Just a, “yes, I am smarter than you” kind of way. I’m more of an intuitive intelligence though. Things just appear in my head and stay there. But I’m getting off track. (That’s easy for you, Shanna, very easy.)

Until this point in time, I haven’t done much with my life. It’s been pretty average. At least, in that I haven’t made my mark on history yet. I would like to make some mark, to be more than just a brief candle of life. But, being smarter than your average bear, I can objectively look at Existence from a cosmic viewpoint and I wonder.. what would the point be? Should humanity survive for four or five more millenia, at that point do you really think people will still be reading Stephen King? At that point would they even be studying seven millenia plus of history? Would Stephen King even get a line in the history books as one of the biggest best selling authors in the twentieth/twenty first centuries? Will the fiction of today still be applicable in the future? (Aside from the obvious science fiction which probably would play some small role in the future.)

The clock talked loud. I threw it away, it scared me what it talked.
~Tillie Olsen

I slack because I worry I’ll spend my life in hard toiling for nothing. That I’ll die a nobody as I was born. I’ll spend my last breath regretting my life of paid slavery when I could have been goofing off, enjoying each minute to its fullest. (Though my “goofing off” track record to date would still leave me regretful. Couldn’t I have found something better to do?)

Yes, this is the slacker’s life.

Now, back to work and getting some real writing done.

I mentioned goals, didn’t I? Distractions are easy, here’s the tough part.

1.) Get published more. That’s kind of a general rule thing. Also requires the additional goal of…

4.) Be funnier. I just feel like my humor has been off as of late. My blogs need more funny.

5.) Write my own Top Ten list about something. Anything. The Various Applications of Q-Tips. I don’t care, just something. I’m open to suggestions. (Though the Q-Tip thing could be funny.)

6.) Stop being so damn wordy. This one I can start now.