I doubt anyone pays much attention, but just to the right of the page there’s quote that I usually change monthly. But right now it’s on Mark Twain and will stay that way for a while longer. It’s actually kind of relevant to this post.

Today I want to talk about the places that scare you. And I don’t mean just those settings where you’re creeped out, nervous or shivering with fear. There are far scarier places inside each and everyone of us. 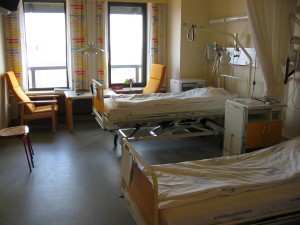 Here is something that scares me.

For a lot of writers, especially those who write horror or otherwise non-mainstream fiction, it’s difficult to go to the dark places inside. Not that we don’t have access to them. Not that we’re worried about bringing the dark side of us out; we know that even if we bring it out in a story, it’s not taking us over.

Generally, if a writer worries about going to the dark places, it’s because he or she is worried about how that reflects on them.

In my experiences with the public at large, who inquire as to what I write about, they generally seem to think that writing horror stories means something is wrong with me. Either in a fundamental, awful kind of way—or just that I enjoy the wrong kind of things.

That’s not to say that every reader of anything is going to automatically assume that writing horror makes you a bad person. I’ve certainly never thought about some of the depraved things I’ve read in my time as a reflection of the writer. Maybe some of the life in the story, some of the pain, but never any of the gore and death.

But some do. And in some cases, that’s all it takes. I pose a question, hypothetical as it may be, but here.. How many beginning authors quit because of concerns about the reader?

Perhaps I should explain why I bring this up, today of all days. I had a frank discussion earlier with a *colleague and he advised me this…

If you’re going to concern yourself with what the reader thinks about you, rather than the story, you may as well give up now.

Very blunt, deadly kind of advice. I decided almost instantly that it’s time to slough off those ridiculous, time-wasting worries and focus on the important ones. (What kind of setting? Is the character fully developed? Is that the right spelling of “misogynist”?)

So how many, do you think, quit because they were scared of the places they could go?

I’m working right now on a story that is turning out far darker than I intended, and I’m glad I got the advice I did today. I’m going to go finish it right now and let it go as dark as it wants to, without a single thought towards the consequences. Because there are no consequences when you let the story take you where IT wants to go, just rewards.

Go on now, all you writers out there. Go on and let the story take you as far as it will go. It’ll probably get dark and bumpy, things will reach out to grab and pull you off, but don’t let them. Just hang on as tight as you can and enjoy it while it lasts.

*Thanks to the colleague in question. He knows who he is. Okay, I won’t make y’all wonder. It’s my good friend, AJ Brown, whom you can find out more about at www.theoddramblingsofajbrown.blogspot.com.

4 responses to “The Places That Scare You”