Whelp, you can’t love del Toro without getting around to watching Crimson Peak. 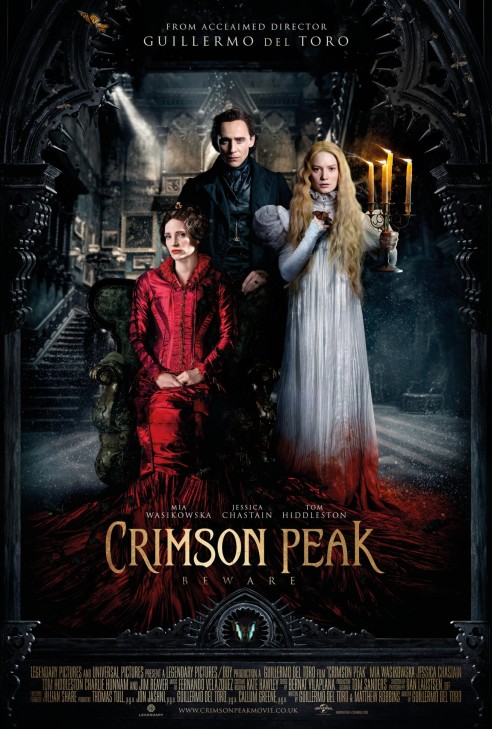 Myself, I would have loved to see this in theaters, but that opportunity didn’t happen.

On the other hand… I’m glad I watched this at home. It was truly disturbing. (Not necessarily in the good way Mama was disturbing, either.)

So, to the summary: Young American woman, Edith, is wooed by mysterious Brit, Thomas Sharpe. After her father’s “accidental” death, Edith marries Thomas and moves with him to his home in the English countryside – with his darling sister, Lucille. The ground seeps with red clay – hence the name “Crimson Peak.” Crazy shit ensues. Ghosts are real. And you should really, really get to know someone before you marry them. Just saying.

There was a lot of “shaking my head” going on while watching this film.

Right off the bat, let me just say…

Bobby Singer, you idgit, what are you doing in 19th century America?

Yeah, I went here. Of course I love Supernatural. Balls!

And secondly, this film has one of the best comebacks I have ever heard. Within a few minutes of opening creds, an older woman is coming down hard on young Edith for her writing aspirations (and obvious lack-of-desire-to-marry ways). She says:

Edith is our own Jane Austen. But didn’t she die a spinster?

Not a breath later, little Edith claps back with:

Actually, I’d much rather be Mary Shelley. She died a widow.

On top of being one of the best exchanges I’ve ever heard, it’s also intense on the foreshadow. INTENSE.

This film is beautiful – but I expected no less from del Toro. And the ghosts? Good LORD, the ghosts.

The direction and cinematography are awe-inspiring. Some scenes are constructed so beautifully – they are masterpieces.

Who wouldn’t want to wake up to fuzzy headed Loki?

Overall though, I found the story lacking in subtlety. I suppose that’s part of the charm of a story like this, but… I couldn’t find anything overtly original in the story telling. Sure, the movie is pretty. The acting is really good. The dialogue is wonderful. But the plot? The story? It’s derivative and frankly, boring.

And I am trying really hard to admire the film’s boldness in it’s major plot twist – the one you think you telegraph from the beginning, but then OMG, that’s so much worse!

But in the end I found it as bad as a shitty jump scare. It felt like a plot move because “it could” rather than that it suited the story. Sure, Thomas and Lucille are obvious damaged people who grew up in a damaging household… but that?

Maybe it’s just me. Maybe it’s just my personal experience. But that (as in the revealed plot twist) doesn’t stem from nothing. And certainly not from two kids essentially raising themselves. There’s either a whole lot left out in the film, or no substantiation for the twist except “Ha! It’s kind of like what you thought, but totally not at all! Gotcha!”

I have never been angrier at the “Gotcha” moment of a film. The twist lacks nuance. It doesn’t really suit the backstory given.

However, that aside the twist does raise interesting questions. Is Thomas as a character forgivable for his crimes because he is a victim? Or more unforgivable as a perpetrator? It was interesting to see the typical victim/abuser in such situations reverse genders. But there’s a reason self-defense is forgivable and a viable legal defense in similar cases, whereas Thomas is complicit in the heinous crimes committed by Lucille.

I would not have written it that way. Certainly not that way without greater exposition explaining how such a thing comes about. This felt like it was ripping off of Game of Thrones in terms of “shock value.” And for very, very little gain. A pointless “gotcha.”

But I will say Jessica Chastain’s acting is probably the BEST in the film. Her scenes are top-notch. She knows how to play crazy bitch very well. I absolutely loved her in Mama. I absofuckinglutely love her in Crimson Peak. I am looking forward to seeing what she does with her career in the future.

Although I am also happy to watch Tom Hiddleston do anything. Any time, any where, too. 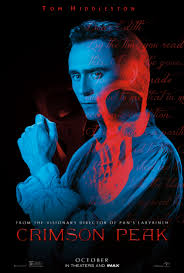 And who wouldn’t be?