Merry hump day, everyone! It’s that time again. Up on the slate this time is – 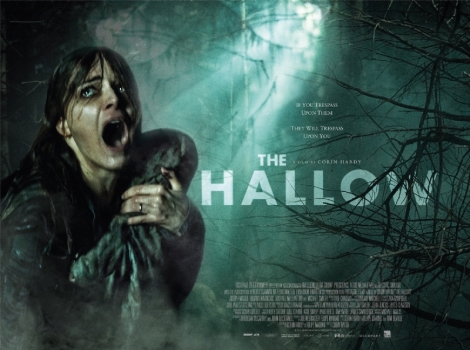 This movie was good. Summarized: it’s about a British couple moving into the Irish countryside, wherein they ignore all warnings and quickly learn that there’s more to the woods surrounding them.

Starring: Joseph Mawle, Bojana Novakovic, Michael McElhatton (there are others, but these are the 3 main stars)

I came across this film perusing one of the many horror-themed websites devoted to film, just clicky-clacking my way through the interwebs. The only thing that thrust this film to the top of the “To Watch for Hump Day Horror” list is the following image:

That screen grab alone had me chomping at the bit. What the fuck is reaching through that mirror/door/whatever the hell it is? That is some otherworldly shit. Fuck yeah I’m watching this.

I try to go into new films knowing as little as possible. I don’t think I even watched the trailer for this – the above picture alone was enough to pique my curiosity. And it was totally worth it! Not knowing too much about this film really elevates the experience. I had a vague idea it had something to do with the “wee folk,” or the “faie.” Aside from that, The Hallow had a completely blank slate to work with.

It worked fairly well. The film has a fast plot line – it gets in, and gets to it. There’s a subtle building of tension and atmosphere, with moments that make you grab your blanket/couch/pillow (whatever you grab) in anticipation.

The acting is superb. I though Joseph and Bojana were great in their roles as Adam and Clare, the couple moving away temporarily for Adam’s work as a conservation and “tree doctor.” Michael as Colm, the creepy neighbor seemingly behind the acts of terror affecting Adam and Clare, is the second best. (Joseph brings a fantastic life and vibrancy to Adam.)

The story touches on some unique aspects of the faie, using science to try to explain certain characteristics. The couple have chemistry and is believably entangled. Their actions don’t make you want to scream at the screen for being morons.

Overall I really enjoyed it. The climax of the film had some truly disturbing, creepy moments – and even a few heart warming ones. I am myself on the way to the hardware store on the dark side of town to purchase a rusty, used scythe. 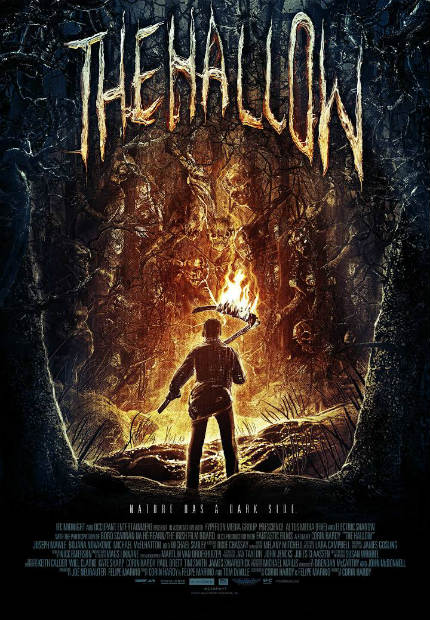 You never know when you’ll need a cool-ass looking torch.

The Hallow is great. You’ll enjoy it if you’re a fan of the genre. I absolutely LOVE that it’s a story about the faie – the faie folklore is dark and gritty. There’s an incredible amount of potential there – and it’s fantastic to see someone utilizing it.

Up next Hump Day – Goodnight, Mommy. From the whispers I overheard on the net, it’s going to be amaze-fucking-balls.